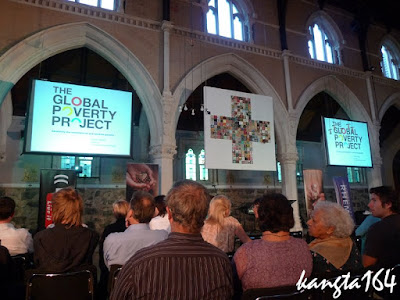 If i were to sum up Hugh Evans in one word, it would definitely be inspiring.

At age 14, he started his first humanitarian work representing Australia as a youth ambassador for World Vision to the Philippines. After experiencing first hand how the life was like for those staying at the 'Smoky Mountain', there's where his passion to end world hunger grew. At age 14, my biggest accomplishment was getting my hands on my first mobile phone without a sim card and proudly bringing it to school every single day. Hmmm...

His session tonight was mostly on what he's accomplished so far with his previous projects such as setting up The Oak Tree Foundation and also working together with Make Poverty History. At the same time, he also shared his current vision and passion to end extreme poverty around the world by the year 2015. To hear what he had to go through in order to get people around him to share that vision with him and also gaining the support of his own government and world leaders was simply jaw dropping. 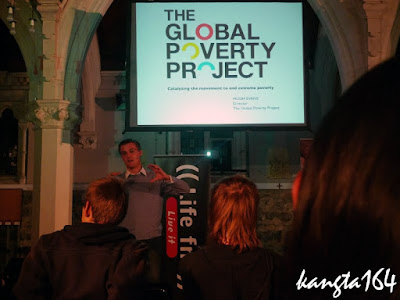 I've never seen someone speak with so much passion in their eyes about how much he wants something not for himself but for the world. His current project is The Global Poverty Project where the aim is to create awareness about the current extreme poverty situation and what we can do about it.

Tonight's session with him was nothing but pure inspirations. Despite all that he's accomplished, one of the questions thrown at him at the end was where does he usually get his inspirations from?

Max said…
Hugh is inspiring!When he speaks you instantly feel like 'marching' for the cause. Keepblogging mate, its fresh!
Max(S.Africa)
9:30 PM

kangta164 said…
Hey Max! Thanks for dropping by. Yeah Hugh is very inspiring. I remember feeling like walking up to him right after his speech and telling him to sign me up and bring me wherever he goes. LOL! Did you catch him in S.Africa?