Showing posts from May, 2014
Show all

Boycotting Brunei is the new in thing... 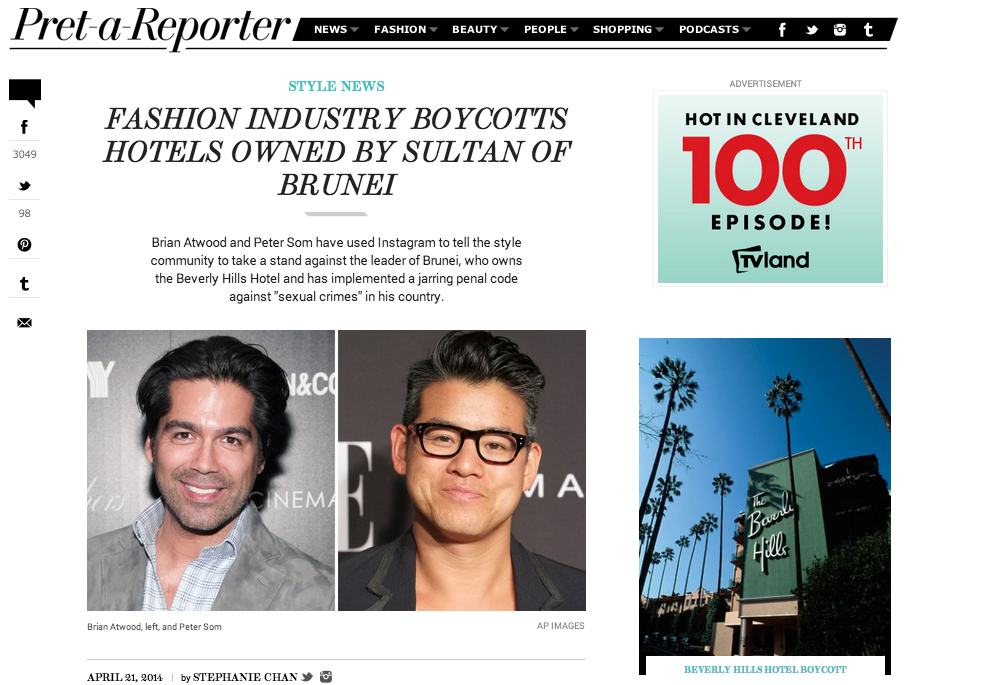 This was probably something that no one saw it coming earlier, but when Brunei went ahead with the implementation of the Syariah law earlier this month, we've been getting a lot of international coverage. And it started off with LBGT supporters calling for the boycotting of the Beverly Hills Hotel in LA.  From there onwards, it pretty much snowballed to a bunch of rich and famous people jumping in the boycotting bandwagon of assets owned by the Brunei Investment Agency around the world, particularly hotels under the Dorchester Collection . Source: Hollywood Reporter Source: Pink News Source: Fashion Times Perhaps the video that surprised me the most was this video of Japanese protesters outside the Ambassador's Residence of Brunei in Tokyo, Japan.  Having born and raised in Brunei, any form of protests in this country is considered very illegal. Mainly also due to the fact that we are still under a Martial Law since 1962 . So to actually see peop
3 comments
Read more
More posts