Showing posts from January, 2017
Show all

Trump is officially the 45th president of the United States of America! 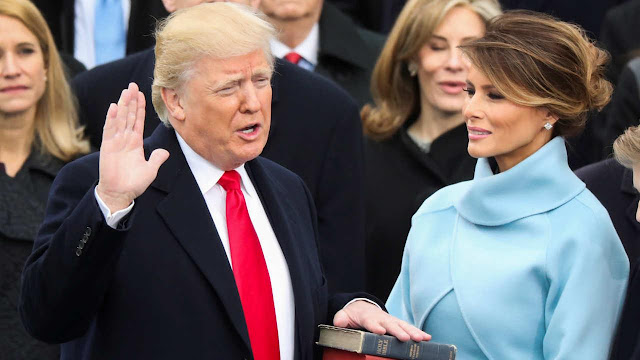 As a non-American and a citizen of a country that does not have democracy, I am in awe of how a businessman cum reality TV star is able to be the president of a country. Sure not everyone is a fan of Trump and have voiced their anger by protesting and practicing their freedom of speech - but yet, what good can come out of it? This man is now the official leader and commander in chief of your country, America! And he has promised to make your country great again! Not only that, he even reminded you during his inauguration speech that you, the American citizens are now in power. Donald J Trump swearing in as the 45th POTUS. Image credit: Google.  " Today's ceremony, however, has very special meaning. Because today we are not merely transferring power from one administration to another, or from one party to another -- but we are transferring power from Washington, D.C. and giving it back to you, the American People." - President Donald J. Trump, 2017 Ok, maybe that
Post a Comment
Read more
More posts