Showing posts from May, 2017
Show all 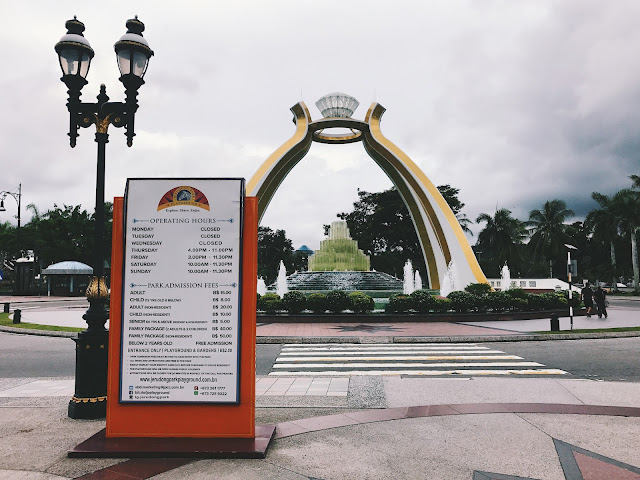 Jerudong Park, 2017.  If you've lived or grew up in Brunei during the 90's you'd probably have a few fond memories of spending some time in Jerudong Park. It was the pride of the country back then as we were the only country around the South East Asia region with the largest amusement park. And of course, with it being free for all made it even more enticing for tourists to want to stop by Brunei just to experience what the park has to offer. But being a kid back then, it never really dawned on me how big of a deal this was. And because Jerudong Park has always been free growing up, I thought amusement parks all over the world works the same way - especially Disneyland! Unfortunately after about a decade of free rides, things went downhill. I suppose when they announced back in 2004 that they will start charging BND $15 per entry - most people decided that it's no longer 'worth' it to visit Jerudong Park. Gradually, rides started breaking down, most of th
2 comments
Read more

May 06, 2017
Just realized I've been using the old template for god knows how many number of years and decided to give it a little change. Nothing complicated, just something much tidier and cleaner. Was planning to just stick with the original template's background picture but decided to change it to a random photo I took back in 2014? That's 3 years ago. Damn.  Also - I recently find myself counting back the number of years a lot. Not sure if that's part of the package you get mentally when you turn 30. Whatever songs that I hear now, I'll look up to see when it was released and I'll start counting how long ago that was. Same goes with movies, pictures, etc. Or maybe I'm still in shock that 1997 is....20 years ago.
Post a Comment
Read more
More posts