And the shopping bug bites again... 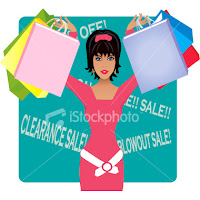 Don't you just hate it when your 'sub-conscious' mind tells you that you've been a good boy saving a *bit* of extra cash this month and slowly when that little thought suddenly turns to an excuse, just before you realize it, you've practically spend it all away. Well, not really all but almost getting there. And it all started because of Mr. Smarty Pants here telling me how i can shop for board games online. Mind you...before this, my whole 'concept' of online shopping was only to get cds/caps. At least those that's hard to find around here anyway. But ever since that particular day when the thought of having a board game night was being mentioned, i felt like having the old Pictionary and the super hard to play Scene-It game wasn't enough. So off i went to Ebay and Amazon to 'have a look'.

Little did i know that 'having a look' can cost me to spend quite a hefty amount.

Damn. I think i need a wife to start nagging me.

So what did i spend on this time? Let's see...i managed to win a bid at Ebay for a discontinued version of "Bible Pictionary". Thanks to Bell and the Pictionary hype she got me into last time, until today i'm still not quite over it. Bugged Ms. Ong to help me get some more nice unique board games from U.K before she comes back too. Also ordered some early Christmas CDs to get myself into the early Christmas mood. There goes Josh Groban's "Noel" album and Martina McBride's "White Christmas" album from Amazon. I'm still currently in the middle of a bidding war on Ebay for "The Best of Jennifer Holliday" original album. For some reason, i just thought it'd be cool to own that album after watching several of her classic performance of "And I Am Telling You..." on YouTube. Gave me total goosebumps despite some of her funny expressions while singing that song.

Then this morning i remembered that i've been waiting for this other group's album to be released. Not sure if you've heard of Ryan Dan. They're identical twin Canadian brothers Ryan Kowarsky and Dan Kowarsky who used to be in a trio group called B4-4. I've always thought they had a great range of vocals and was pretty much hyped up when i read the news that they're coming out with their duet album that falls into classical category. After previewing a few of their songs on YouTube, i didn't bothered thinking twice on clicking the "Buy Now" button from Amazon.

When i checked my email later, i kinda realized i'm going a bit over the border with my credit card already after receiving several invoices. Then suddenly, a little tug in heart and a soft whisper in my head told me to go and 'check out' the price of Nikon D80 camera on Ebay and boy, i tell you the price is really...tempting.

Somehow, one way or another i managed to do the unthinkable. Something that i thought i'd never have the balls to...ever. I've always knew that the internet's not a safe place to begin with and also how tempting it could turn out to be.


I've actually managed to shut down my bloody computer.

Anonymous said…
Nikon will release its new full-frame digital SLR in Japan. Dubbed as the Nikon D3, the camera features a 12.1MP CMOS imaging sensor and can shoot at nine frames per second with AF tracking or eleven frames per second without. This new DSLR camera also supports up to ISO 6400, and is powered by a newly branded EXPEED image processor, a new 51-point AF sensor, color AF tracking, dual CF compartments, a 3-inch 922,000 pixel LCD monitor with Live View including contrast detect auto-focus, HDMI video output and a virtual horizon function. The Nikon D3 will be released on November 30, 2007.
9:40 PM