January 04, 2009
During my 2 weeks in Hong Kong, my family took a quick 2 days trip to Macao. Stayed a night at the The Venetian. The place is huge! And to think that when we have overseas visitors coming in, we proudly show off our 'self rated 6 star' Empire Hotel. If hotels can crap, i think probably Empire would probably be the crap of The Venetian. (Sorry Ms. Pirinyuang!) Haha. 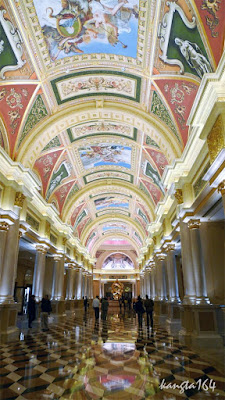 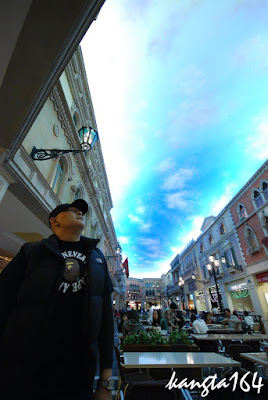 The place is so huge that they also have their own artificial sky and clouds inside. I wonder if it'll ever produce artificial rain and sun every now and then? Haha. And of course, a whole area of shops. Came across this Manchester United official shop which was glowing red. 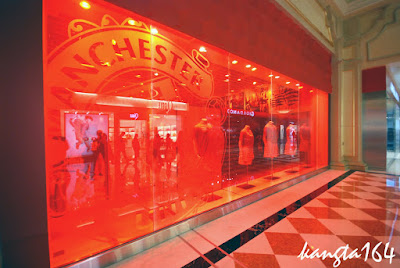 Speaking of which, we also have one official Manchester United shop also mah. It's in Yayasan, Hua Ho Sports Center section. :P But, i'm no fan of football so yeah, just thought this shop was pretty cool cause of it's blinding red.

Oh, oh and this! I've always been somewhat fascinated by these human sculptor thingy. Like one minute they'll be a statue, then the next they'll just move a bit. And they're being paid for just standing around...literally. I think soon enough, our local government will have jobs like these for our fellow countrymen. Soon... 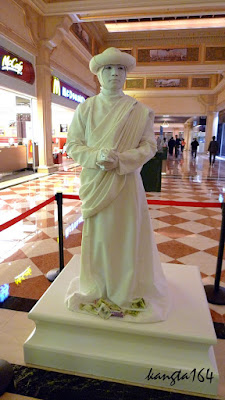 And then, there's Fatburger. 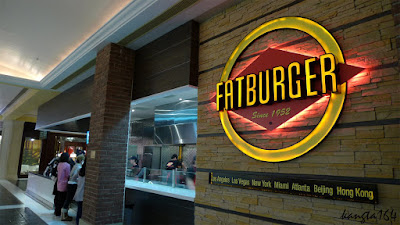 Which the food sucked...haha.
I just thought the logo looked cool. Speaking of being cool, i think this dude on Youtube's pretty cool. Haha.