January 21, 2009
Hot topic of the year. Nah, not about Obama's swearing in as the new president of the U.S but rather about the horrible flooding around Brunei. Lol.

I had to stay overnight at Seaview Hotel as i couldn't find any other alternative route back home. Jangsak was blocked, Jalan Tutong was blocked. Ended up trying the Jerudong highway which was almost flooded by the time i reached Jerudong Park area. With cars coming from the opposite direction on the same lane, i figured it'd be better if i just stay a night at the oh so dodgy hotel.

I think this was by far the worst flood that's ever happened around Bandar. 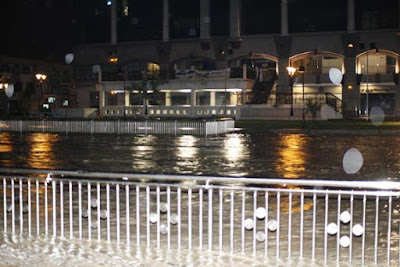 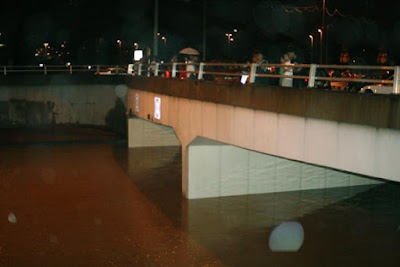 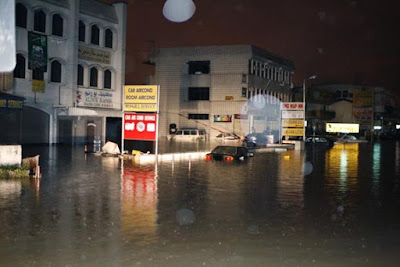 This was the situation outside my house. Usually the flood would only rise up till the road junction outside of my housing area but this time, it came in. 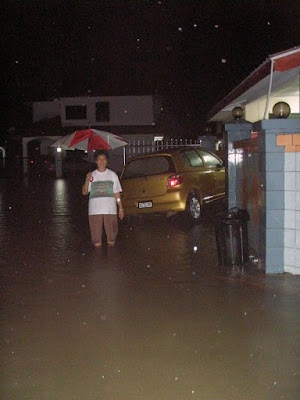 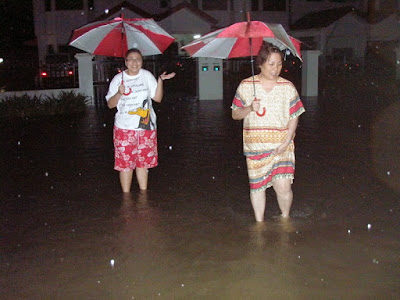 Let's just hope and pray that it won't rain so much after last night's chaotic downpour. Sadly, although to some it's just heavy downpour and flash floods going on, to others, the situation was so bad that some even lost their loved ones in floods and landslides. Best to take extra caution and make wise decisions when situations like these arise.

A bit mental to ask such questions late night on national radio no?
brunei

Anonymous said…
LoL! Izan cracks me up! She is crazy insane!
6:23 PM