May 20, 2008
After a massive success of 7 seasons, FOX have decided to do a major facelift to their number 1 reality show in the world, American Idol! Apparently, due to much controversy from viewers, the producer of the show have reluctantly agreed together with the CEO of FOX that they will be replacing their ever so famous 3 judges. Major shocker for all American Idol fans! 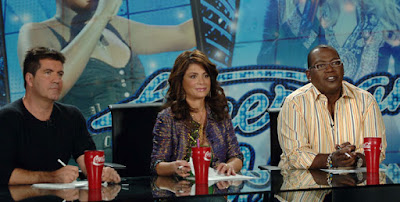 Farewell to Randy, Paula and Simon!
Below are their new replacements for the upcoming season.... 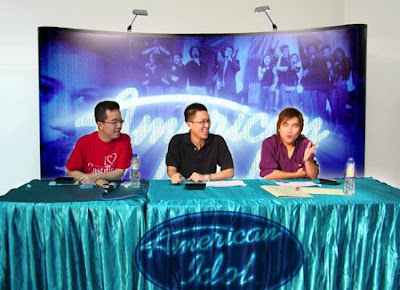 "What the bloody hell was that?!"
Haha! Grand Finale coming out soon! Which David are you rootin' for?

In Him
funny movies

I choose David Cook. For me he's much more interesting than David Archuleta. Not saying that David A. is not good, he's great in fact. It's just that who I would rather see in concert I rather see David C.. They both are going to have great careers no doubt.
1:11 AM

kangta164 said…
Hahaha...notice how in U.S, Coca Cola are their sponsors while ours is SUCI? Hahahahahaha!
11:15 AM