If coffee and energy drinks can't keep me awake...what can?

April 28, 2011
It's 3am right now. I'm typing this entry while lying on bed praying that I can fall asleep anytime soon. It's been a long day for me today and I know I'm physically and mentally drained but the problem is...I just can't fall asleep.

Same case happened to me last night. As a result, this morning while crewing for my friend's shoot, I roamed around the set like a zombie. I thought I had a restless night of sleep and assumed I had one of those sleep where you close your eyes for 8 hours but you're still awake the entire time. So after a restless night, I thought I would be able to fall asleep easily tonight but for some reason, I'm still wide awake. Then I started tracing back on what I've took in the past few hours that might possibly keep me awake at this time.

In less than 5 minutes, I discovered the culprit. 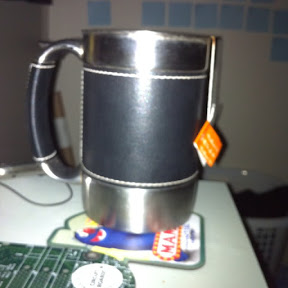 When I'm sleepy, I can sleep through anything. As far as I knew, caffeine got nothing on me. I can normally drink a mug of coffee and still fall asleep if I'm tired. Same thing with energy drinks (except for Mother cause that's a brutal energy drink that'll even kick DiCaprio out of his limbo). As far as tea goes, this is the first time I realized it's keeping me awake.

I normally have a cup of tea before I sleep especially when it's cold outside. Tonight was one of those nights except that I forgot it wasn't the usual green tea I was drinking. I bought this tea that has a combination of "Pu Er" tea (also know as black tea) and Chrysanthemum in it. I never really cared for the different type of teas cause I thought they were all the same. The only reason why I bought this one was because I thought it has more Chrysanthemum flowers in it. Turns out it's just super strong "Pu Er" tea with a teeny bit of Chrysanthemum flowers. Ironically, i also realized i had a cup of that last night as well.

I should really start brewing this tea for lectures and save some money from getting my usual latte and V.