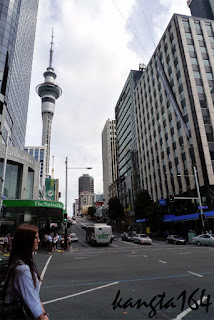 It’s been 3 days into the City of Sails and so far, it has been a great trip. No, i haven't seen any sheeps yet so don't bother asking me.

My flight from Brunei to Auckland wasn’t that bad despite the whole plane not having the “SKYDREAMER” seats which got me pretty annoyed prior to my departure but it’s all good after a while. My first long distance flight experience wasn’t as bad as I thought it would turned out to be probably because due to the stewardess that kept offering to feed me every hour on the plane. I might have saved a few empty spots in my stomach for the food on Business class but come on, I’m sure I didn’t look like I was dying of starvation before I left, was I?

Ah, the repetitive questions of “Excuse me Mr. Cheng, would you like to have a drink?” and “Mr. Cheng, how about something to eat?” still ring fresh in my ear.

In case you guys don’t know, this was also my first time heading off to somewhere far (furthest i've ever been away from home actually) and also into a country of a different timezone. So you can imagine the look on my face when I saw the sun at 3am Brunei time which was 8am local Auckland time? It was more of a cool + confuse situation. 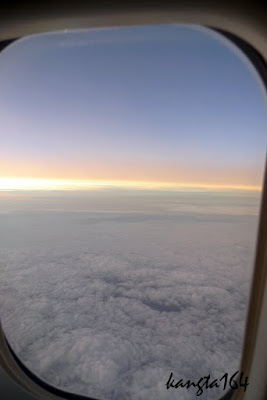 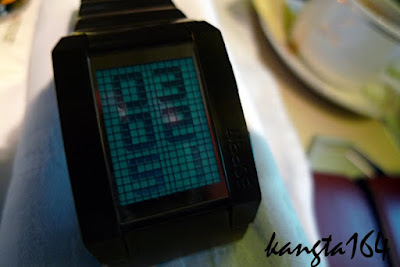 at 3 am!?
The first thought that came to mind wasn’t exactly “Whoa, this is soo beautiful…!” but rather it was more like a “Die lah, how to sleep?!” And then Ms-I-love-to-feed-Mr.Cheng-cause-he’s-the-only-person-who-don’t-sleep-on-the-flight comes strolling down and asked; "Excuse me Mr. Cheng, would you like to have your breakfast?”.

Let’s just say having breakfast at 3 am with a sleep deprived mind isn’t exactly the best feeling in the world. 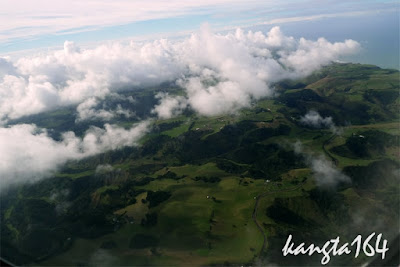 After slowly soaking everything in and accepting the fact that i probably won't be able to sleep at all, i just can’t help but to be amazed at how beautiful God have created this part of earth. I mean if you think of it more on a television side, it's like God hired the guys from Queer Eye to do the makeover for their forest while for our side, God just decides to ' let nature takes it place'. Heh. One of the thoughts that I had when looking at the clouds, sea and mountains was how naive we humans still can picture God as a small God when you get to see the magnificent creations that He has put in this world. Simply amazing. 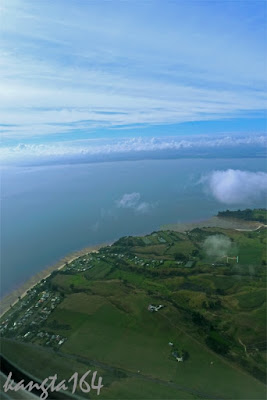 Touchdown Auckland International Airport at approximately 10am where most of you guys back in Brunei are still sleeping and got my way to YHA Hostel easily. This place is pretty decent with lots of backpackers coming in and out so it’s not so sad and lonely after all. At the moment, I’m still staying here but will be moving in to my student apartment tomorrow. I’m really impressed with their toilets actually although it’s small and limited. There’s like one on every floor and in every toilet there’s 1 cubicle for business and 2 shower cubicles. Yes, i went and checked out toilets. Haha.

Weather wise it's been relatively cool for me although for the locals it's hot for them. I'm just thankful that the summer here is not the burning hot type of summer. I can't wait for the weather to get colder definitely. I'm adapting finely to life without air-conditioning so far. The only thing i have yet to adjust to is definitely life with limited internet access. Come to think about it, i think my life's been revolved around the internet most of the time back at home so maybe i shouldn't really be online too often either.

I mean come on, it's not like everyday i get to sit on green grass whenever i like on a nice cool sunny weather just watching birds fight for food remains and read a book ey? 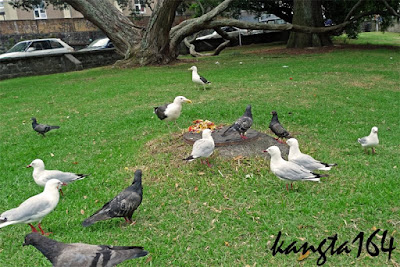 Me likes! :) Thank you guys for the encouragement, smses, well-wishes, cards, letters and prayers. God's been really faithful. And by the way, i've got a few staffs at orientation today telling me that i'm REALLY lucky to be get into the Communication course because every year, way before they release their intake dates, it'll all be filled up by then. Plus, i think i signed up pretty late too.

And by that i meant GOD not my agent. Haha.
life nz