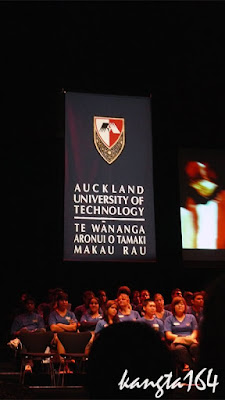 It's really amazing what life without internet can do to you. For the past few days while i was internet deprived, i managed to do a lot of reading, more quiet time, sleep ridiculously early (by 9 pm i'll be all tucked in in bed) and waking up ridiculously early just to prepare for something that's gonna happen like 3 hours later. Wanna choose a healthy lifestyle? Lose your internet for a while. You will be really surprise at what you'll accomplish. But it's all good now for me as i've managed to get my connection all set up although i'm still pretty much limited to a 10gb cap per month. Speed wise however is indescribable. I mean i've heard of 1 mbps speed but never quite experienced it until today. Picture this. Ron, internet-less for almost a week, begin to miss his downloads. Once got his connection all up, immediately downloaded his favourite series and less than an hour later, i'm just chillin' and just enjoying the show.

Suck on that E-Speed. Oh did i mention i'm also paying NZD $24.95 a month? Suck on that some more E-Speed. Pardon my language please. I'm just so cyber-excited. Haha.

So, it's been officially a week since i've arrived here. All done with my orientations and in a matter of days, my uni life will begin. I'm still excited about what i'm going to learn but at the same time, there's this fear in me that i might not be able to cope. But irregardless, i'll still do my best. Back on the orientation bit, it was definitely a huge relieve to be able to get around the uni finally with someone who's familiar to lead you. The funny thing about universities here are that they're not really located like within a compound or like surrounded by gates but it's more of like random buildings on different streets which was big confusion for me. My first attempt of trying to get to my uni was keeping my eyes focused on a huge sign on one building that bears the name AUT on top of it only to find out that the nearer i got to it, i was also walking past serveral buildings that has AUT logo all over the front door.

Nevertheless, after orientation everything slowly becomes much more familiar. Another thing i realized after being here for a week is that everyone thinks i'm 'awesome'. I signed up with the uni for a free programme, the dude says i'm "awesome!". I go to a nearby convenience store and gave them the exact change, the cashier tells me i'm "awesome!". I go introduce myself to some uni staffs and tell them i'm from Brunei, they say i'm "awesome!". Heck, i'm even invited to join clubs in uni which is under a student organization and you know what they're called? 'AuSm' (pronounced: AWE-SOME!) :P


But really, i'm very impressed with my uni's student organization for organizing a fantastic orientation. They don't only do orientations but also organize a lot of other events for the students throughout the year so yeah, it's like they pretty much breathe life into the uni. Then again, if i were to pick out what i love best about my orientation with AUT and to sum it up in 2 words....this has got to be it! 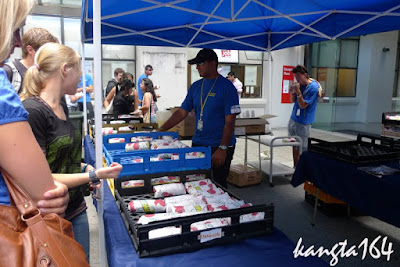 Next update, my accommodation! Until then, have an awesome week ahead! :P
edu uni