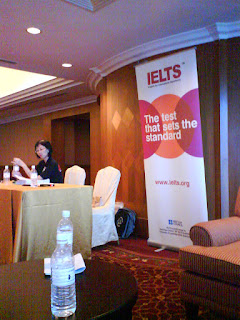 6 hours drive to sit for a paper that determines whether or not my English got standard...it wasn't exactly a pleasant one for me. Being a newbie at driving down to KK, both Frank and I had to rely on his printed out route map from BSB - KK which he found somewhere online that helped a lot although certain part of the map doesn't quite exist anymore. But it did lead us to KK eventually. Haha.

I've never driven down to KK on my own nor with someone who also don't quite know the way around so it was a little 'adventurous' of us to decide on driving down...at least that was what it felt like when the journey started lah. After the first 3 hours of driving it became boring...then into the next hour when the rain started pouring, it became...scary. When the sun set and we're only 3/4 into the journey, with the road dark and the rain still boring, it became pure frustrating. But thank God we arrived safely.

So how was the IELTS test? Let's just say it wasn't as easy as people claim it would be. Ok, maybe it was easier for them as their standard got a bit of ang-mo blend but for me...i had to admit i did struggle with the written part. The speaking test was okay except with a lady interviewer that looked so serious as though as this world has nothing else for her to live for anymore other than asking random IELTS questions staring coldly at me, it did make me feel somewhat uncomfortable here and there when answering questions. No kidding! Her stare was so cold & scary that i bet you if she had a staring contest with Ghost Rider, he'd start crying flames out of his eye socket. 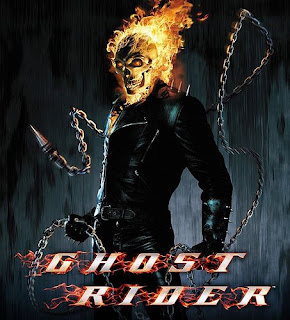 As for the written part of the test, my topic for the comprehension part or in IELTS term the "reading" part was on how some marine navigation came about and how writing was discovered. Yes, the text was long and boring and i've always had trouble reading boring passages. I did pull through eventually. As for the hardest part of this whole IELTS test, it was definitely the writing part. I had to write 25o words on Rote Learning. Mind you, the way they put their topic wasn't as simple as what you think it would be;

"Do you think rote learning is effective in the education system today. State your views / opinions."

but instead, they chim-ified (woohoo new word invented!) the whole sentence and put it in a term soooo angmo that i had trouble absorbing what i suppose to answer when i read it the first few times. I can't remember how the exact question was posted but it went something like this;

Eventually, i overspent too much time thinking what to answer for this part (even till now, i'm still not sure if i did answer it correctly but i just assume this was what they're asking since i couldn't spend any more time meditating on the question any longer) when only towards the remaining 30 minutes i concluded that what they were trying to ask was whether or not rote learning is good or bad and i had to give my opinions. And by doing so, it costed me my conclusion part for the essay as i didn't have time to finish my final closing sentence. Lesson learnt, don't under-estimate essays that required only 250 words. Not when you don't expect questions with chim-ified topics.

Come to think about it, i really wonder angmo in their own country really talk that chim meh? Like if you head to places like Australia or UK, i'm sure if you can speak basic English, you should be okay no? I'm sure they're not so formal what? You go there, when they talk also talk like "Hello, i haven't seen you before. Where are you from?" instead of "How do you do? It occurs to me that my your face does not look any familiar nor do i recall seeing you before. If you don't mind, i would love to know which part of the world have you come from?". No need so standard mah.

As disappointed as i am for my test, i'm still somewhat positive that i should be able to score my required grade for my application. Just not as high as what i initially aimed for. I mean if China students who "speaking English half bucket water" can end up studying in Western countries...i should be alright. :P