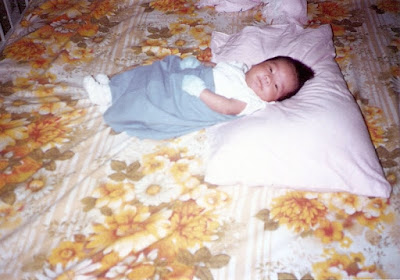 Meet little Ron...probably few weeks old after he was born.

Now assuming that the camera was 2 years old..so we depreciate that. Obviously the cost would be less than the above mention amount. Ok? Ok! 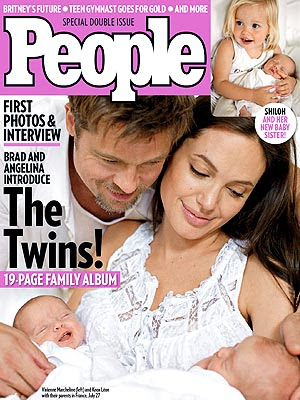 "In the case of the Jolie-Pitt twins, an unsourced report claimed the worldwide rights sold for $14 million, more than three times the rumored $4.1 million deal for Shiloh's baby photos in 2006. People has said that the rumored numbers for both deals, as well as those for other famous babies that have adorned its pages, are excessive. But it has declined to elaborate. " -Yahoo! News

Like seriously man, before these 2 babies can even say the word "Gu!", they're already worth million of dollars...! Like man! I don't get what's the hype with spending million of dollars for getting those pictures. Maybe if both Angelina Jolie and Brad Pitt strip bare naked, then ok lah understandable but pictures of 2 little babies? 14 million dollars! U.S DOLLARS somemore! (Sorry, that the Chinese part in me that's just shouting out! ) That's...just wrong. Wrong as in if you take the most recent local news like yesterday when i heard that our country, Brunei managed to donate about US $1.2 million dollars to the Sichuan earthquake relief fund after months of collection whereas a company just cough up 14 times the amount just for pictures! 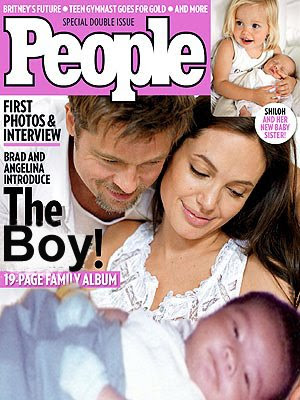 I don't wanna ask much la for the above. People Mag, US$1 million enough already. ^^;
Brangelina, adopt me!! I shall be Ronald 'Jolie-Pitt' Cheng...haha!

In Him
funny random