Flight woe - my most expensive mistake to date!

July 13, 2017
It's that time of the year again where the wife makes her annual return home to spend time with her family in Michigan over the school break. After doing this for a few years now, you'd think we'd be somewhat of an expert when booking the flight tickets but, we messed up big time this year. Why I put the blame on us is because;

1. I was the one who booked the tickets.
2. She didn't check thoroughly.

Back in March, I got her return ticket via Google Flights and scored a decently priced ticket (about USD $1,360+) sold by American Airlines. This is the first time I've bought tickets via Google Flights as we would normally get it via Cheaptickets. For flights to the US, we would usually select our departure from Kota Kinabalu International Airport as oppose to Brunei International Airport which brings the cost of the tickets significantly down. And because of that option, we normally would get a seperate ticket from Brunei to Kota Kinabalu. What more, given the experience I encountered back in 2014 with my Brunei to Kota Kinabalu flight being delayed (due to technical reasons), it made me more paranoid with missing flights so with that in mind, instead of booking the flight closest to her next departure, we went with choosing an earlier ones.

And ever since getting the flight tickets for the missus, she's been looking forward to the end of school term and anticipating her trip back. And coincidently, the week before she's set to depart, I got invited to a friend's wedding in Penang which I was also asked to emcee for so mentally, I was somewhat occupied with preparing for my first wedding gig too. I was set to fly back to Brunei on July 9th, while her trip is supposedly on July 10th.

With both of us being busy with work; her busy wrapping up with the final week of school and me being away in Malaysia, we didn't really had much time to do a double check on the itinerary. Considering that this isn't our first time doing this either, I just shrugged off everything in my head thinking we've definitely got it all under control - despite the fact that the night before, I remember feeling something was off.

So on July 10th, Calla left Brunei on a 4:25 pm flight to Kota Kinabalu with her next flight scheduled to depart at 12:30 am to Tokyo.


Everything went smoothly for her 40 minutes flight, she landed in Kota Kinabalu on time and it was pretty much up to her to kill time there. Now in order to grasp how everything unfolded, I feel I have to share screenshots of our conversations and the time stamp to further dramatize the situation. 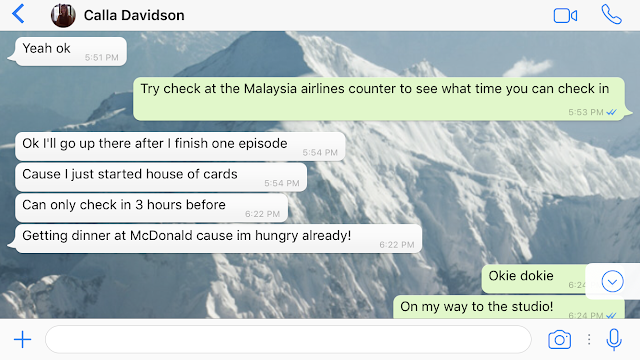 At about 6 pm, I asked her to check with the Malaysia Airlines counter to see what's the earliest time she's able to check in to which she said 3 hours before. Which means for her 12:30 am flight, counter should be open at 9:30 pm. Normally I wouldn't even bother asking her to do that because I know the standard rule of thumb for travelling - all passengers are advised to be at the airport at least 2-3 hours before their flight departs. But for some reason, I just felt anxious and asked her to do so. 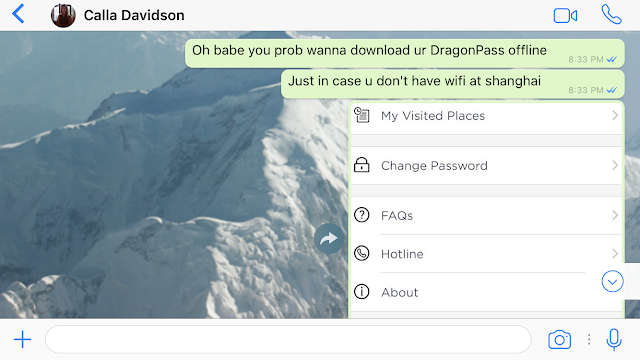 And it so happened on that day itself, I was on radio shift from 7:00 pm to 9:30 pm which again, pre-occupied my mind. While texting back and forth, I was also fixated on getting her to use her DragonPass access at the different airports where she's got long transits because I used mine during my transit in KL just a few days ago and it was pretty awesome. 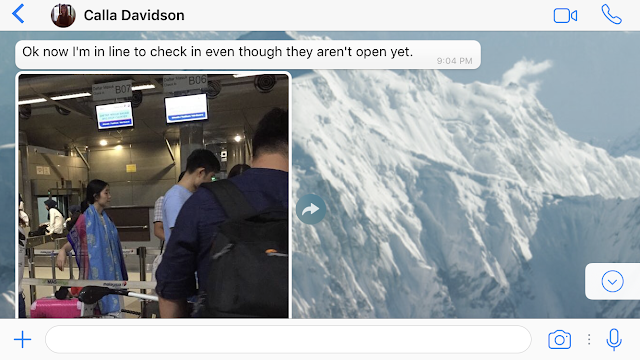 Finally at about 9:04 pm, she told me she's gonna "get in line to check in even though the counters aren't open yet." Again, throughout this whole time, there was still an anxious feeling within me that kept popping up but I just brushed it off as me being a worried husband with her traveling long distance by herself. 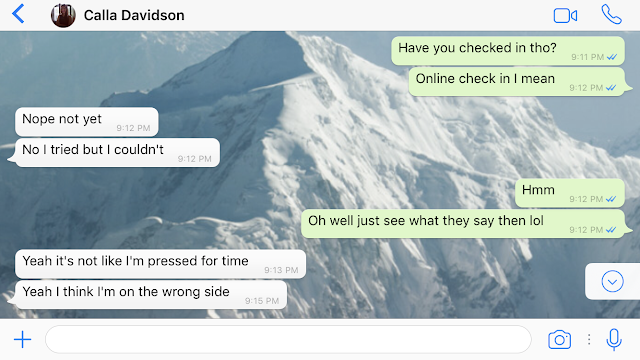 Again at 9:12 pm, I asked if she did an online check in to which she said she couldn't. Here's where I really felt off when she said she tried, but couldn't. And as soon as she said she "thinks she's on the wrong side of the queue", every alarm bells in my head just went off right away, I whipped out her itinerary on my phone to check on her flight schedule. 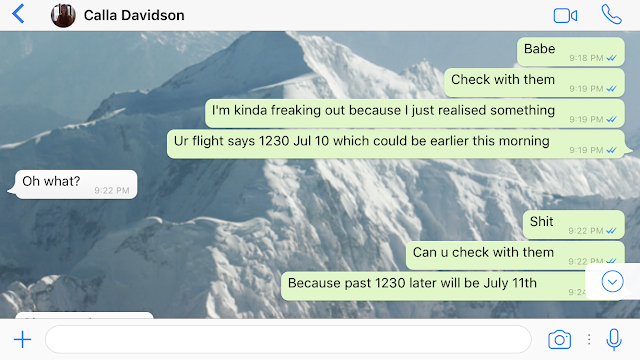 And then....ONLY THEN....i realized how shit of a situation this is going to turn out for us. Financially for me, physically and emotionally for her given the time she has spent waiting and anticipating for her flight out. Good thing I was right at the end of my radio show so I was able to head back home immediately and do some damage control.

In between freak outs and trying to calm Calla down, I managed to call American Airlines to check what could be done. After speaking to an agent about the missed flight situation, they tried to see what other flights are available and if they're able to put her on the next available flight out. I was also warned in advance that there will be charges involved for fare differences and mentally, I was prepared to fork out maybe a few hundred dollars for it. After being put on hold repeatedly while the agent tried to look for options, they told me there was a China Airlines flight departing from Kota Kinabalu to Shanghai at 1:30 am where she can meet her connecting flight from Shanghai to Chicago but...it'll cost approximately USD $4,000.

I think the agent over the phone could sense how desperate and helpless I was and just apologized that there was nothing else they could do from their side and recommended me to just get a new return tickets instead. And because she missed the first leg of her itinerary, that meant the remaining of her flights including her return flight is now voided. It also didn't really help that the agent slide it in the conversation that I bought a non-refundable ticket so - I'm unable to claim for a refund. Talk about kicking a man when he's already down.

So this pretty much left me with two options. Get another return ticket for Calla on the spot right there and then or...bring back an extremely heartbroken wife. When I thought the latter option would not only break her heart but mine as well, I just went straight to Cheaptickets to look for flights departing the next day from Kota Kinabalu. Luckily, I was still able to get a return ticket at around USD $1,800. I say 'lucky' because it could've easily cost me over USD $2,000 or more and/or there wouldn't be any flights over the next few days.

After sorting out the situation and with new tickets bought, there was nothing else we could do but to wait for her new flight to depart Kota Kinabalu which is now on July 11th, 8:20pm. Thankfully, I've got my brother's friend who's staying in Kota Kinabalu to help us out with the situation. He also came to my rescue when my flight got delayed back in 2014.


Even with the new tickets purchased, we were both still holding our breath until she was able to board her flight to leave Kota Kinabalu. It's been two days now since everything unfolded and right now, she's en-route from Shanghai to Chicago. I suppose once she lands on American soil, I can finally sleep peacefully.

To date, this is definitely the most expensive mistake I've ever made in life. Me burning a cash sum of USD $1,360 (approximately BND $1950) simply because of an overlooked date.