If you've lived or grew up in Brunei during the 90's you'd probably have a few fond memories of spending some time in Jerudong Park. It was the pride of the country back then as we were the only country around the South East Asia region with the largest amusement park. And of course, with it being free for all made it even more enticing for tourists to want to stop by Brunei just to experience what the park has to offer. But being a kid back then, it never really dawned on me how big of a deal this was. And because Jerudong Park has always been free growing up, I thought amusement parks all over the world works the same way - especially Disneyland!

Unfortunately after about a decade of free rides, things went downhill. I suppose when they announced back in 2004 that they will start charging BND $15 per entry - most people decided that it's no longer 'worth' it to visit Jerudong Park. Gradually, rides started breaking down, most of the big attraction rides were sold to neighbouring countries and eventually the place just deteriorated and became a ghost town.

However, after years and years of trying to relive it's former glory, Jerudong Park finally reopened its gates back in 2014 and with new rides. And I happened to visit that place two weeks ago to relive a bit of my childhood memories and boy was it nostalgic to walk around the park again. Now bear in mind, my last fond memories of the park was back when it was still fully operating, free and filled with crowds of people every single night so it definitely did bring back some memories.


Walking around the park and just taking in all the bits and details of what's been done to it definitely gave me a sense of tranquility and comfort. Especially seeing all the excitement on the kids' faces pulling their parents hands eager to get to the next spot of the park. In a way, I find that it's a good thing that there's still something at Jerudong Park for kids to enjoy and create memories of just like how it did for me. Of course this made me realise how lucky I was also able to experience Jerudong Park when it was at the peak of its time. Is it better than what it used to be? Not right now. But I heard there's more to expect once the phase 2 of the renovation is completed so hopefully, it would bring in more people.


I didn't get to go on any of the rides during my visit there. But I did have my fun just walking around and taking some pictures of what's around in the park currently. There are still remnants of stuffs from the past. A closer observation of little details like the carvings and materials used to build the park back then definitely eludes class. Of course, this was never noticed back then. Surprisingly, besides some of the new attractions there were also old rides that were still holding up.


Last but not least, the main attraction of Jerudong Park that's bringing in the crowd. The first waterpark in Brunei. This is definitely a must do if you have kids but probably not ideal if you're an adult with no kids. And in case if you were wondering, no I didn't get in the water though it looked tempting especially on a hot sunny day! 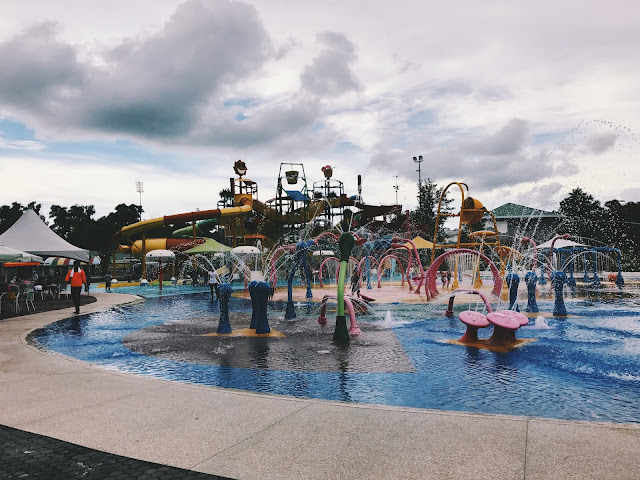 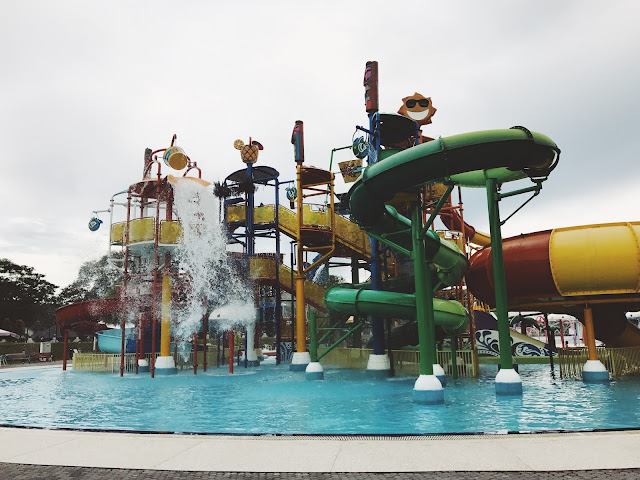 So there you go! If you're looking for something fun to do in Brunei, I'd say Jerudong Park is definitely worth making a trip now that it's been revitalised. Those who visited the park back then
brunei Jerudong Park